Just have a look at the film’s detractors and you’ll find heaps of criticism lashed upon the movie from it’s pretentious and overly self-concerned directing style, to the seemingly unrelatable perspective of a child with autism. Adding to this is the fact that some find it difficult to watch while others emphasize their points with the fact that Thomas Horn’s Oskar is a pain in the ass to watch. Another group laments the childish mistreatment of WWII’s and 9/11’s trauma and catharsis. Melodramatic. Ungenuine. Kitschy. This is not a film for everyone. But if you can, and I urge that you do, you might come to realize that its style is never better used than when trying to mirror the troubling tempest of an eccentric mind who’s world is turned upside down in an heartbeat. This film could have very well gone off its stated path and treaded a nilhilistic path full of melodramatic negativity. But it hasn’t. It risks comments about it’s style and form and message. But at the end of it all, director Stephen Daldry can be very happy that he has chosen to paint a journey, irritating or stupid or childish as it may be, for his trauma-rocked characters to find solace. 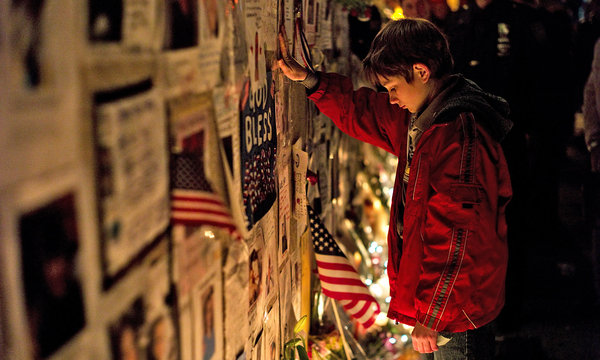 A phrase from the displaced and distraught Blanche in Tennesse William’s A Streetcar named desire which follows, ‘(you are) a cleft in the rock of the world that I could hide in!’ is an apt illustration of this film’s central theme. Oskar’s incredible journey begins with a single traumatic disturbance that threatens to break his inner shell to the harsh realities of the world. The trauma of 9/11 is a well-explored phenomenon of collective trauma and affects even the toughest of persons. Daldry takes this one step further. In the first true tension point of this movie, a phone call breaks the silence of the Horn family. On one end, Thomas Horn desperately tries to make contact for the last time, trying to get words but his mouth can only utter some. And on the other end, Oskar wants to pick it up but is frozen with fear. Oskar’s stillness carries with it the air of a statue, it’s stillness intensifying even more the pain and turmoil within. It is uncomfortable to watch. But Daldry’s portrayal hits the nail on the head. I’ve heard of some who lament Oskar’s dilemma, but then they’re missing the whole point. For as much as Thomas has created a secure habitus full of innocent fun, pun games and adventure quests for his son, Oskar will now be forced into the open world where his greatest ordeals will come at him relentlessly.

Oskar isn’t the only slightly awkward and misplaced fish out of water. We are quickly introduced to Thomas Schell (Max Von Sydow). He doesn’t talk, he appears cold and too broken internally to be of any help, especially when our protagonist badly needs an injection of positivity in his life. But then we realize that he, like Oskar, has lost people dear to him. Thomas Schell’s spontaneous and realistic performance in this movie is nothing short of a masterclass in acting as he helps to elevate scenes which might be glossed over for irrelevancy or redundance. Hence I take the contrarian view that the dialogue scenes, aplenty and in abundance, are actually the cornerstones of the film. I find Thomas’ economical and sage responses contrasts nicely with Oskar’s expressive nature; It becomes quite uplifting when their differences seem to help them find greater resolve. They soon become friends, albeit with an uncomfortable start, and embark to solve the mystery of a key named ‘Black’.

As you’ll begin to appreciate the almost magical bond between Oskar and Thomas, another threatens to boil over. Linda,played by Sandra Bullock, is far from being in control of things. Or so it seems. Tensions between Oskar and her stem mostly not from a misunderstanding of her intentions, but a misunderstanding of himself. Again, it pains the audience to see the failings of a mother-son relationship especially when Oskar shouts ‘I wish it were you (that died in 9/11)!’ and Linda almost resignedly replied ‘I wish too.’ Scenes like this are not just poignant and powerful depictions of the collective dysfunction from trauma. Bullock is just as powerful an actress to evoke the difficulties in trying to navigate her little vessel through trying times.

As you watch Oskar begin his long quest to find the meaning of the key with the name ‘Black’ on it, then tear his brain apart (not literally) when he goes round New York and meets dead ends, befriends a broken old man, chances upon Abby (Viola Davis) who will prove to be an important acquaintance later on, fights with his mum, and eventually finds the right Mr.Black, you will realize that this film brings as much pain as it is uplifting.  Amidst the uncompassionate ripples of life, Oskar has found catharsis more profound than answers; Extremely Loud And Incredibly Close shows us that life is always bigger than our own, and if there aren’t any answers to be found, it’s alright. It’s just alright. 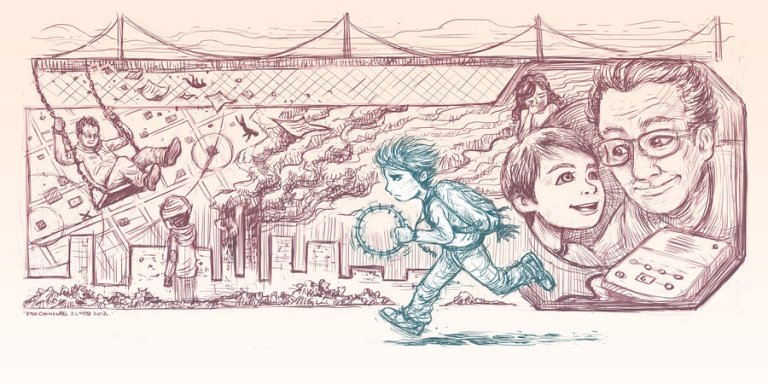 Credits to kehchoonwee from  http://kehchoonwee.deviantart.com/art/Extremely-Loud-and-Incredibly-Close-287284087  for this beautiful fan art.