Zootopia’s poster somehow foreshadowed a frightening possibility that it could follow in the footsteps of Madagascar, which would render it a failure no doubt. There were some serious pre-conceived notions and worries I had before entering the cinema, some of it as a result of my distaste towards really bad animal animated films and utterly generic posters. Animation that feature animals which aspire to be nothing more than exploit inherently ‘cute’ or ‘goofy’ archetypes in certain animals are quite frankly asinine; A for Awful, atrocious and alliteral mess (pun intended). Instead of being a flop, Zootopia came as a big surprise to me as it comes out flying with visual delight and thematic insight. I’d go one step further to say that Zootopia has most likely proven me wrong again that Inside Out couldn’t be beat in terms of commercial and critical appeal. And that says alot.

There’s something about a great animated movie that gets you all jittery and smiley. Zootopia had me transfixed the whole time while, conversely, Kung Fu Panda 3 had me sleeping halfway and waking up in bouts, desperately grasping onto full consciousness. Boo. I’m starting to wonder if charisma of characters is what makes or breaks it. Zootopia introduces us to a cute little bunny, Judy Hopps, who recites idealistic lines for her school play about being able to do whatever you want in zootopia – No less a play(HA pun!) on the word ‘Utopia’ (wordplay!). Ok seriously I got to stop this :0

Anyhow, she manages to graduate from her Police Academy and pursue her dreams in Zootopia where she meets a fox in the first of future encounters. This is where the film really gets interesting because many of the film’s themes start to develop quite explicitly. Fox is the more realistic one because of his vastly different outlook and upbringing. As different as these two characters may be, there are equally endearing and charming, which speaks alot about the craft behind the film. Because even as there’s an obvious dichotomy (more so for younger viewers), we do not necessarily side with either of these characters too much to dilute the experience. After all, there’s more at stake out there which will be revealed as you watch the movie.

Fans of a particular mafia classic will relish the scenes where the film pays tribute to an iconic scene which even retains most of the original dialogue. Don’t sleep with the fishes, you won’t want to miss this part. Even so, it feels a little random but I personally don’t have a problem with it. All other parts of this film hit the perfect notes. It’s interesting to see how Zootopia develops an idea from start to finish. One aspect was how it somewhat satirizes fear mongering in modern society and how fear can really begin to fester and engender lasting and unsavoury perceptions. Nature and nurture feature very heavily in the film’s underbelly, springing itself from all corners of the film and ultimately hits hard at our very core. Zootopia’s charismatic duo of idealist Hopps (Ginnifer Goodwin) and Nick Wilde (Jason Bateman) form an unforgettable team which connects beyond their initial fracas. I think it’s a triumph here that even as discrimination looms large over society’s satire model Zootopia, there’s more than enough room to explore the clever title wordplay of Utopia; Idealistic limitations and realistic distortions fleshed out between the main character’s interactions.

I’m trying my best to keep away from the plot here mainly because I know most of you have already heard great things about it and are intending to watch if you haven’t already done so. If you’ve seen this amazing film, feel free to discuss about how you felt about it in the comments. There were many many hilarious moments as well, some went overboard which I likey 🙂 I think it’s bold to stick with something all the way. And in essence, that’s what Zootopia is all about. And so much more. Visually striking with eye-popping colours, it seems like that’s sideshow to a nuanced tale of bravery and acceptance. Shakira’s feel-good vibes in the main theme “Try Everything” may be a song about fighting on but it somehow feels emotionally resonant in almost all situations. It becomes an anthem not just for overcoming obstacles but more importantly, overcoming perceptions. 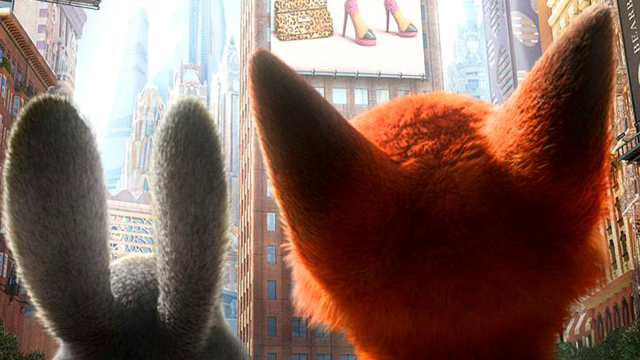