You guys have to understand something; I hate horror films. Because hardly any satisfy me, I can only dream of what my ideal horror film would be like. I craft little plot trajectories in my head and toy around with ideas, only to face the harsh realization that such a film may never be materialized. Most scary films make me feel empty or just too damn creeped out, leading me to harbour strong feelings of dissatisfaction and disppointment. Even if I actually do get past the scary bits, I’m left reeling in useless feelings of shock and trepidation. This is no less the product of commercialization: Feed the audience freakishly morbid jumpscares because horror films aren’t supposed to make you think. And by default, the vicious circle conditions audiences that they should look no further than to be creeped the hell out of. If you want a no-brainer scare-fest, The Witch may not satisfy your cravings. For all the dreamers, the indie fans, the horror connoiseurs and drama film lovers, The Witch is a rare transcendence.

The Witch is truly satisfying for me to say the least. Everything I wanted in an ideal horror film…I got. And there was more. It’s shot beautifully and there’s something very eerie about the camera movements and framing. I loved that too. Pacing was awesome. It was neither too slow nor too fast. And the build-up…the festering of fear and doubt within the plot’s familial drama is a sensational and introspective look into the very nature of evil. Is evil a separate entity that’s removed from the house of the body and soul? Or does evil spring from within? I’d liken the experience to reading Henry James’ The Turn Of The Screw. Equally ambiguous and gloriously fantastical, The Witch is one hell of a psychological study.

Robert Eggers, a first time director, should be mighty proud of what he has achieved. Massive kudos to him! Some might be quick to criticize the ‘much-ado-about-nothing’ plot but they miss the point – As a matter of fact, they miss the one essential point; The Witch is quasi-horror. Behind the veneer of its blood-soaking imagery and witchcraft mythos, the human condition is at the heart of the film’s expose. With each deliberate instance, I feel myself not just experiencing the character’s ordeals but also searching thoroughly for my own conscience. Not many films can achieve that.

I desperately want to declare The Witch the best film of 2016 so far. It not only lends itself to surreal horror but also firmly grounds these superstitious fears in the pastures of pastoral life. I have no idea how ye olden puritanical accent is supposed to sound like, but I thought it was pretty well done. Setting and costuming were also on point which made it easy to focus on what the film was trying to say instead of nitpicking on visual flaws. Speaking of the visuals, the dark greyish tone was used to great effect. When there was contrast, it stuck out like a goat on its two hind legs. By the way, this goat on its two hind legs actually exists in the movie and let me warn you: This is not your pedestrian farm goat. And this actually brings me back to my earlier point. The very nature of evil is something the film teases here and there but remains ambiguous. A lost child slowly turns a religious family against itself, calling the family’s religious associations and beliefs into all sorts of questions. This is a scary film because it questions the very foundation of such ritualizations and customs without mercy. And in the end, you’ll find that all this builds up to something more complex than we could even imagine. 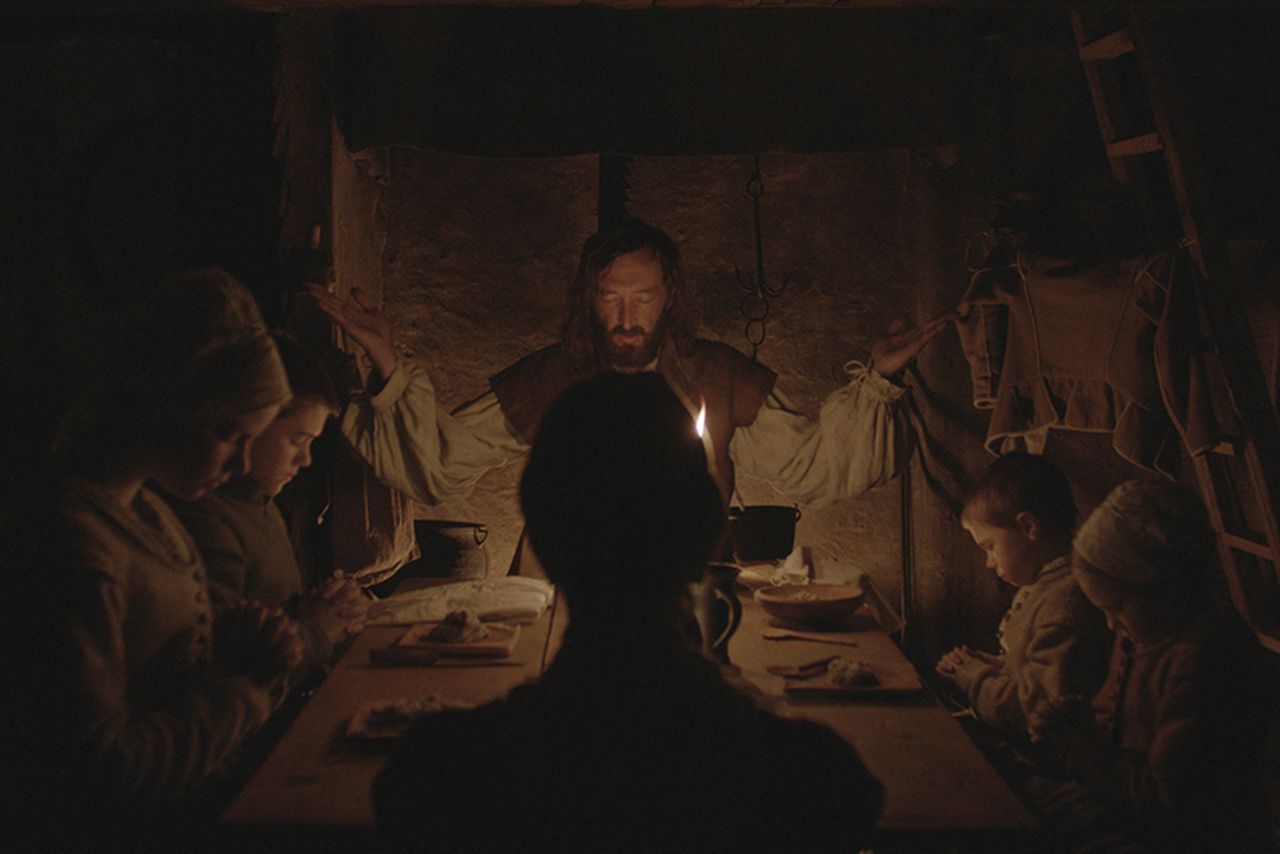 Before I conclude this review, I have to commend the brilliant acting quality from a relatively unknown cast. Ralph Ineson plays the head of the household, he’s strong and takes it upon himself to manage the increasingly fractured household. Kate Dickie plays the emotional mom whose motherly attachments and paranoia become a central part of her complex. But Anna Taylor-Joy shines the brightest as Thomasin. She’s the eldest daughter in a family of 5 (including precocious twins and the only son). Anna Taylor-Joy’s acting is so real that I was genuinely affected by her performance. As I watch her from start to finish, Thomasin becomes one of my most powerful character studies in film ever. Period.

This is a film one should definitely watch without any prior knowledge. I’m trying my best not to give away anything away but sometimes a film comes along and makes your hair stand and your jaw drop wide open. It’s so good, it’s great – And I have to talk about it. Eggers is superb in his debut because he manages to find an opening for endless interpretations. Whilst religious allegories and allusions may dominate the screen, it is the thickening poison within the family itself that makes this such an unnerving dramatic piece. While you may leave the film, the film never truly leaves you. At the end, I found myself perplexed and intrigued by the one thing the film so carefully avoids – Judgement. As a viewer, you’ll see that evil transfigures into many forms, which sets up the one haunting question – Can evil be dissociated to an outside force? Or does it come from within? Whatever the case, The Witch is a film to be remembered for years to come. Stylish, disturbing, tragic and perhaps even unconventionally cathartic, The Witch is horrific not because it’s particulaly dark, but because it’s a scarily revealing film about our nature.

10/10  Revolutionary film. And its an early 10/10 for me 🙂 To put it into context, I only gave three films the perfect score last year. I LOVE THIS MOVIE ❤