Train To Busan is the closest zombie film to date I’ve seen that transcends beyond the post-apocalyptic zombie genre. Finally. This one moves beyond the living and the undead to expose humankind’s nature;It examines the human condition in ways both rotten and redeeming. It bears little semblance to Bong Joon-Ho’s Snowpiercer. It is markedly less indulgent and allegorical. It doesn’t even try to be artsy. But Train To Busan packs as much emotional punch as the former film with a thrillingly direct approach. I have been a fan of zombies and post-apocalyptic worlds since I played Telltale’s The Walking Dead game (based on Robert Kirkman’s TWD comics). You cannot imagine the excitement when my friend told me about ‘this korean film about zombies but apparently more emotional than usual’. I was literally fluttering about inside. In the end, despite it not being as dark as I’d hoped, it still demanded my full emotional investment.

There’s hardly a dull moment in Train To Busan. While some action sequences felt a little choppy, the film managed to suspend belief for a long time and keep us emotionally invested in the characters for the entirety of its running time. There is a socio-economic angle that Yeon Sung-Ho teases but isn’t as relevant once you consider how the characters progress. I disagree with how Train To Busan is deemed by some to be similar to Snowpiercer. Whereas Snowpiercer effectively examines class warfare and discrimination, Train To Busan shifts attention to modes of survival. As the characters are increasingly forced to face ordeals bigger than their personal troubles, the goodness of trust and community suddenly become the enemies of self-preservation. Train To Busan isn’t about injustice or discrimination. It is about fear. 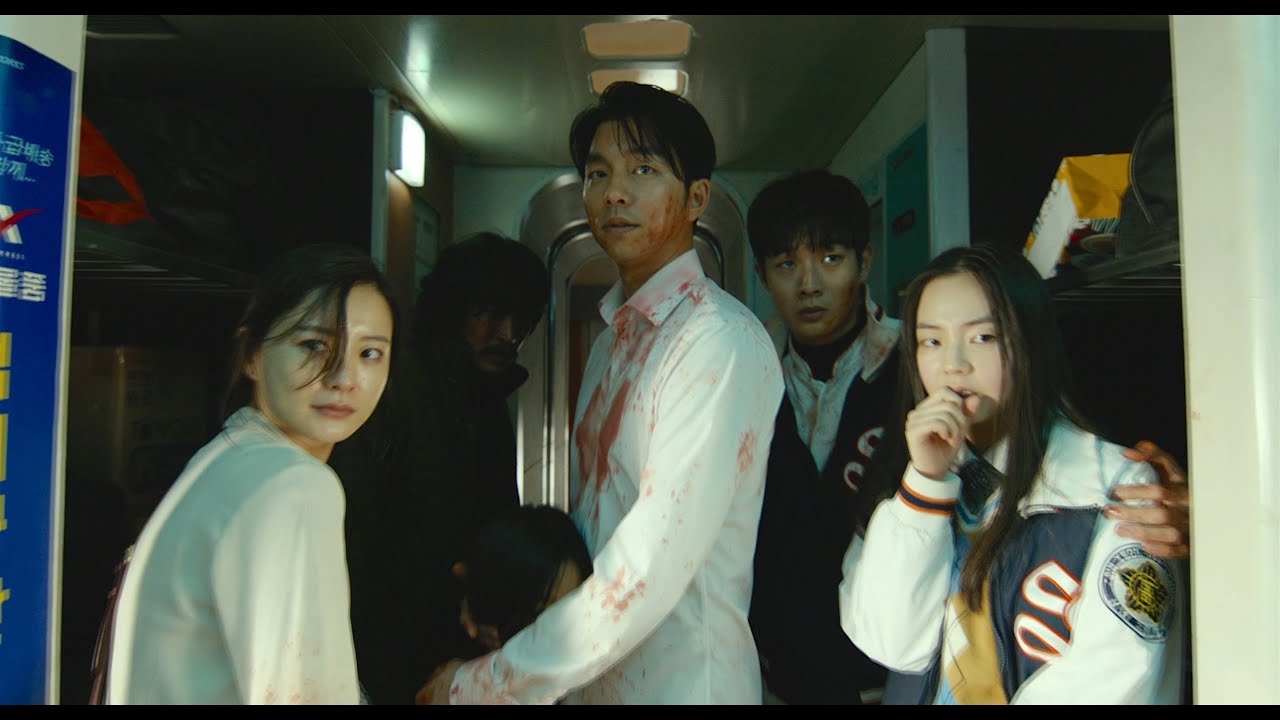 While the film isn’t particularly dark or haunting, it makes up for being extremely emotional. And while it isn’t ambiguous or profound, it is deliberately direct. It wants to tell a story about a group of survivors on a train, about a father and a daughter, about a husband and his pregnant wife, about a team of baseball players, about a captain and his co-captain, about a pair of elderly sisters and a vagabond. For all that they were before they boarded the Train To Busan, the unique microcosm they find themselves reveals a whole lot more about their true character. There is one particular scene where the dad (Gong Yoo) washes the blood of his hands in the bathroom after having a conversation with his colleague on the phone. It is symbolic because the contents of that call reminded him of a version of himself that taints his character like the blood on his hands. I like how the movie constantly plugs in and out of the real world, making the train a vascillating space between shifting realities that often affect each other.

Far from borrowing overused K-drama tropes, Train To Busan pays attention to developing its main characters. I really enjoyed the build-up and subsequent development of the father-daughter relationship. I can’t say I’ve ever seen a post-apocalyptic film which spends so much time focusing on its characters. There isn’t anything like this. Balancing the material with rewarding action sequences and just enough comedic and light-hearted moments, Train To Busan is extremely engaging. I’ve also never shed tears like this in a film since Room and now, having recovered from swollen eyes and being a wet ball of flowing taps, I now realize its the combination of sadness and uplift that does it for me.

Rating: 8.2/10  Not sure if its showing in cinemas in parts outside asia, but you have to see this if you get the chance.