I thought I should post some of my thoughts I’ve been having on the year in film. I haven’t seen Arrival, Moonlight, Manchester by the sea and a few other big films, so I can’t really say which is my favourite film just yet. But I’ve got some musings to ramble on from indie films to snubs, so read on if you’re interested!

Mustang,American Honey,The Fits,The Witch,Hidden Figures,The Handmaiden,Girl’s Lost are some of the best films I’ve seen all year-And they all deal with female/women’s issues or look at more encompassing themes through the eyes of female protagonists.Most of the director’s here are also female,which is a refreshing change and an important one. I’m sure there are more, so please leave a comment if you have seen other female-driven movies this year!

Animation films weren’t as good as the ones last year. This is clearly subjective but I felt this year was kinda meh. Kubo,Moana,Zootopia etc were good,but last year’s one was special.Inside Out brought psychology 101 to the big screen,and successfully appealed to both children and adults. Anomalisa was the R21 animation that dealt with isolation,using stop motion and hand-crafted puppets to give it a unique feel.And Charlie Brown was just plain sweet and nostalgic. I’m rooting for Kubo and the two strings this year…although Sausage Party might sway me with its ingenuity.

Magic and the moonlight

The Oscar Race is essentially going to go right down to the wire between two films-La La Land and Moonlight. I saw a chart previously on all the winners of best film at the various awards in the US,and Moonlight led La La Land by 1 extra win. Every best movie award has been split between the two films. Both are good films in their own way,and it depends on which one sways your heart. Fancy a throwback to the golden-age of musicals with a modern tune? Then the frothy,dreamy and romantic La La Land will appeal to you. Like the realist’s look at life through the eyes of the marginalized? Then the hard-hitting and unconventional Moonlight is your best bet. Either way,it’s definitely one to watch because it’s too close to call. Let’s see what the Oscars want to spotlight(pun intended) for 2016.

The Witch is severely underrated. Or maybe too dark for its own good.

If you ask me what’s the one film you HAVE to see from this year, I have no doubt that it’s The Witch. Awards season hasn’t been kind towards the New England folktale about Puritanical imprisonment,repression,faith and the shifting nature of evil. Robert Eggers won best director at Sundance but that’s about the only prize/nomination the film has received. But I think its probably the darkness of its material that’s putting people off,and I guess older voters don’t appreciate neo-horror and can’t accept a ‘horror’ film can go beyond the confines of its genre to be so stylish,smart and deep. PLEASE GIVE IT A NOMINATION AT LEAST. COSTUME. SOUNDTRACK. WHATEVER.

The Fits is the most mystifying film of 2016.

A girl watches on as her dancing troupe is being affected by a strange wave of fits. I can’t possibly elaborate more could I?! This is a crazy film, I mean, the sheer audacity to tackle such a peculiar subject of interest while hinting at more social/psychological implications must have confidence that’s off the charts. It is quintessentially art-house but also pretty raw. The protagonist, Royalty, is thrown into a world of social hierarchy within her dance group, and torn between her former boxing gang and her current dancing mates. As the wave of fits hits everyone she interacts with, could the ‘fits’ be a rite of passage for girls her age…confused and still trying to negotiate an identity for themselves? Or is the ‘fits’ a surreal reaction to hopes and identity finally realized? Is it a figurative embodiment of ‘fitting in’? A literal act of assimilation? The Fits asks more questions than it answers and it’s 2016’s Under The Skin. That one is another mindfuc*…in a good way of course 😉 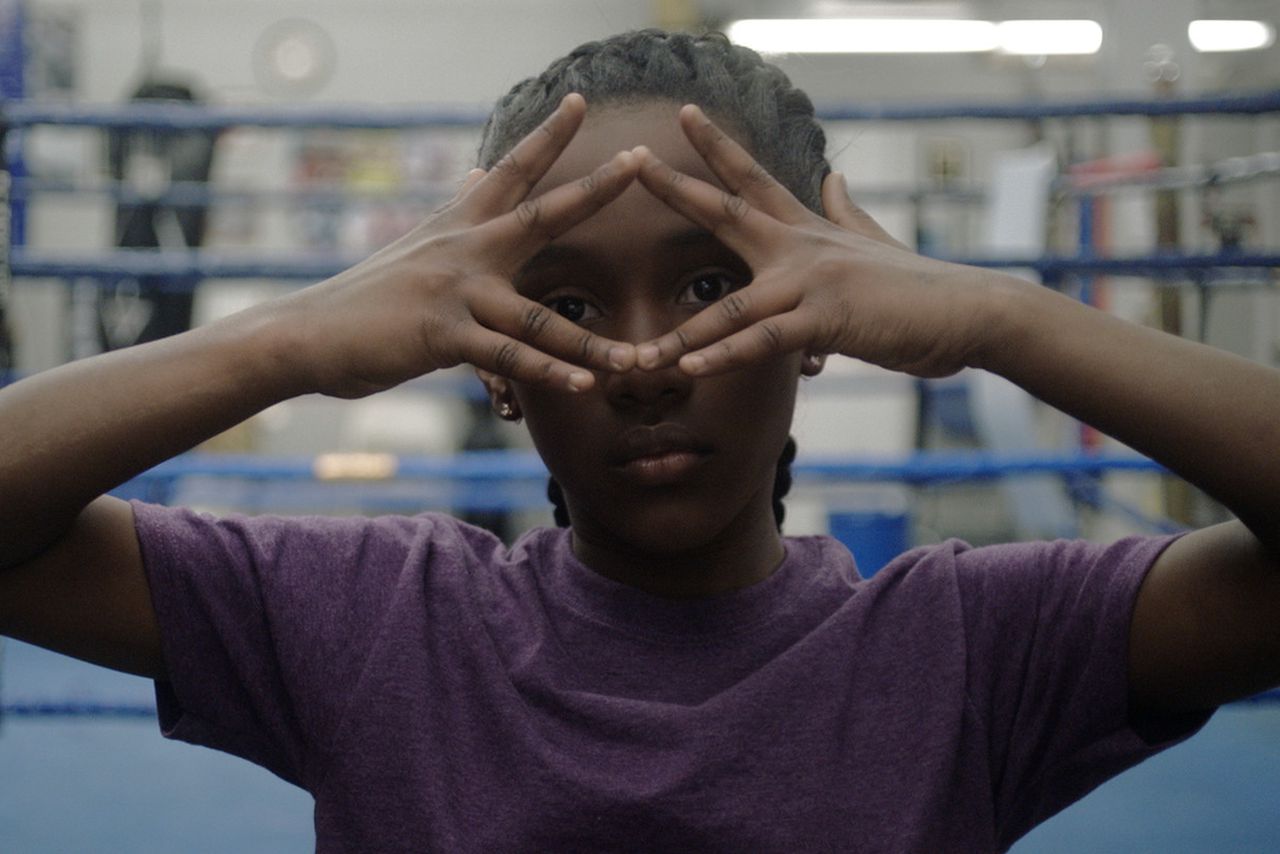 Once again, ever since I got into watching documentaries, they have become an essential part of my movie-watching experience every year. Given the lack of access to documentaries (not to mention that fact that I don’t even live in the U.S), it’s sometimes difficult to watch more than a handful and even tougher to watch the indie/less buzz-worthy ones. Last year I managed to catch all the oscar nominated ones and rated Winter On Fire:Ukraine’s Fight For Freedom as my no.1. This year, OJ:Made In America has me engrossed in the almost 8 hour long 5 part series about OJ, whose life is an examination of race, status, discrimination, power and hierarchy in the US and continues to highlight issues important to the country till today. It’s an engrossing watch. Tower is the other documentary I watched, which mixed pop-art animation style with real-life video and images interspersed with interviews. The texas university shootings in the 60s remains a surreal nightmare for the people involved,and yet,the documentary finds the light in the darkness. It is life-affirming even as it it was deathly…a very unique documentary indeed. I can’t wait to see what the other documentaries have in store and I can’t say enough how blessed we are that there are people brave enough to get out there and bring issues to light.