This is the second category of FANA (Film and Nuance Awards) 2016 after Best Actor. Who will get the FANA for best actress this year? Read on to find out who I thought gave the best performances of the year. The winner is revealed at the end of the post.

Narges Rashidi (Under The Shadow)

This year’s Best Actress race is SO EXTREMELY PACKED. Each one is as brilliant as the other and brings something unique that could have easily swayed someone else. I had a very difficult time trying to decide which one was the best performance for me, and ‘best’ quickly became meaningless. But that’s a testament to how great this year’s actresses were. Probably the hardest category I’ve had since I started the awards thing last year.

Amy Adams is always brilliant. There’s not a role she’s ever really screwed up and I’ve enjoyed her acting in so many films, I can safely say she’s one of my favourite actresses ever. She plays Dr.Louise Banks to utmost perfection, nailing everything from the first contact with the heptopods to a mother’s love for her child. It is an emotionally taxing role that she made her own, and acts as a cornerstone to the way we approach and understand the film.

Though I didn’t think La La Land was the masterpiece that alot of people make it out to be, it can’t be denied that Emma Stone really stole the show. Ryan Gosling has had better roles (he’s better when the role requires him to be subtle), so I don’t buy how some think Gosling was better than Stone. But we’re not here to compare. Emma Stone is great in her own right and plays Mia through the expansive range of emotions. It is touching and emotional, and fully portrays the difficulties of a dreamer, and rewards the audience for believing in the dream. 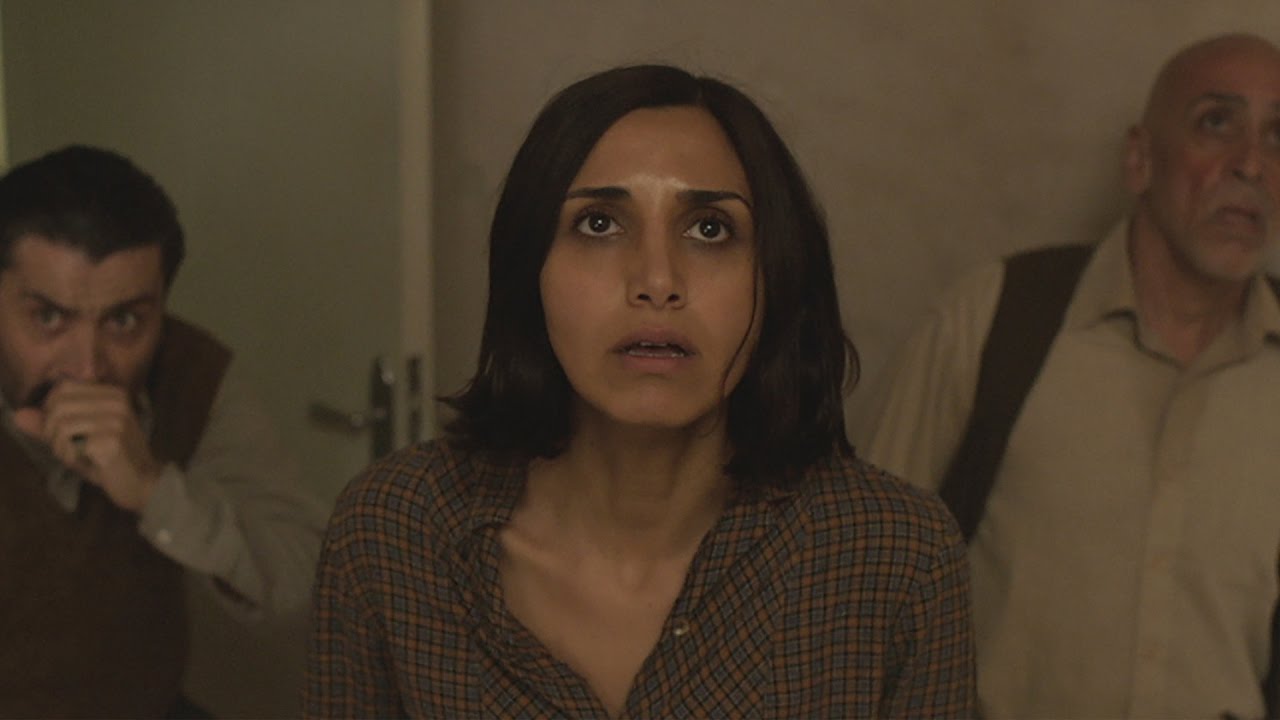 Narges Rashidi plays the mom in the year’s most horrifying film, Under The Shadow. Don’t get it twisted though, it’s a very provocative horror film that has layers of social oppression, tradition, fear, beliefs, and repression thrown into a boiling cauldron of psychological purgery. But Rashidi really makes it stick. She’s so real and very much in tune with her character that every emotion she portrays feels too close to home. She is so good in it that her character becomes something more…an iconic figure of cinema and psychoanalysis; She’s a domestic mom and a girl with dashed dreams,scars left by her overbearing mother, at the heart of the Iraq-Iran war…a potrait of internal warfare enmeshed with external turmoil.

Natalie Portman gave a haunting performance in Black Swan and she is again simply perfect in her role as Jackie Kennedy. The role of Jackie is perfect for Natalie Portman, because she’s the best in portraying vulnerability. With the impossibly weird accent of Jackie Kennedy (which she totally nailed) and the complex stir of emotions, she brilliantly portrayed the struggle between the public and the private, and the damage it can do to one’s internal psyche and beliefs when those two spaces become increasingly hard to define. She outdid herself again and I’m just speechless right now.

Ruth Negga gives the most subtle performance out of this year’s lot. It’s not the kind that everyone can get behind easily but it takes more skill and effort than one might think. Playing the role of Mildred Loving, she plays one half of the couple that fought their way to the supreme court for a sentence over their taboo interracial marriage. It is sensitive, low-key but all the more powerful when we consider how her character is like all of us, but in a different and more unforgiving time. The power derives from the everyman/everywoman nature of their case and her quiet determination against forces that seemed too big to overcome.

Viola Davis is heart-wrenching in Fences. Her performance was sensitive and tender but also fiery and explosive. Behind the role of a mother are things that are often never seen. The domestic duties and dutiful wives, even of today, still contribute in ways that aren’t immediately appreciated or noticed…there is a woman in every mother. And Viola Davis is exceptional in illustrating a woman with lost dreams and a life full of sacrifices. It is an ode to every woman, wife and mother…and an emotionally striking definition of the everywoman who rises above the tribulations of life. If there’s one thing I got out of Viola Davis’s performance and her character, it’s this: There is a story in the unremarkable life worth fighting for; There is a joy amidst the pain and despair of life.

A very tough call. I loved Natalie Portman equally and it’s wonderful in its own way. Amy Adams and Narges Rashidi are right up there with unforgettable performances. But ultimately, Viola Davis’ performace really shook me and connected…and it’s not just me but it connects to everyone out there.