With a singular vision to portray her own experiences in her youth, Greta Gerwig has spoken for us all. Greta Gerwig’s heartfelt, funny and deeply resonant film is so great and so full of life and love for the characters she portrays. While Lady Bird may contain several characters archtypes and isn’t necessarily as ground-breaking in style or form, it is unique in its ability to mellow out the chaotic and exhilirating passage of youth into beautiful juxtaposition of both. It is seamless, it is heartfelt and it is so true. I connected with Lady Bird in so many small ways and found myself right smack in the centre of it all. Gerwig has nailed it. Because in Lady Bird we finally get a film that’s attuned to the lived experience of teenage-hood. Torn between identities, relationships and faith, Lady Bird is a heartfelt potrait of self and family.

Saoirse Ronan who plays protagonist Christine (or as she calls herself ‘Lady Bird’) and Laurie Metcalf (her mother) give some of the best performances I’ve seen this year. Their love-hate relationship is perfectly depicted with some extremely moving scenes and sequences that honestly hit a little too close to home. Their struggle to find common perspective from big ideas to the minutiae of little things struck a genuine chord and reveal inherent tensions in family relationships that we can all relate to. Soairse Ronan and Laurie Metcalf may have stolen the show here but frankly the acting was great everywhere. Lady Bird’s tender moment with Danny (Lucas Hedges) along with Hedges’ other scenes exemplify what a great talent he is while Stephen Henderson who was in last year’s Fences gives another terrific performance here. Anchored by strong direction from Greta Gerwig, Lady Bird is a captivating and soaring achievement. Between powerful acting, interesting direction and Jon Brion’s ‘tumbling’ soundtrack that mirrors the unpredictable ebb and flow of adolescence, Lady Bird rarely feels like a film; It’s an experience. 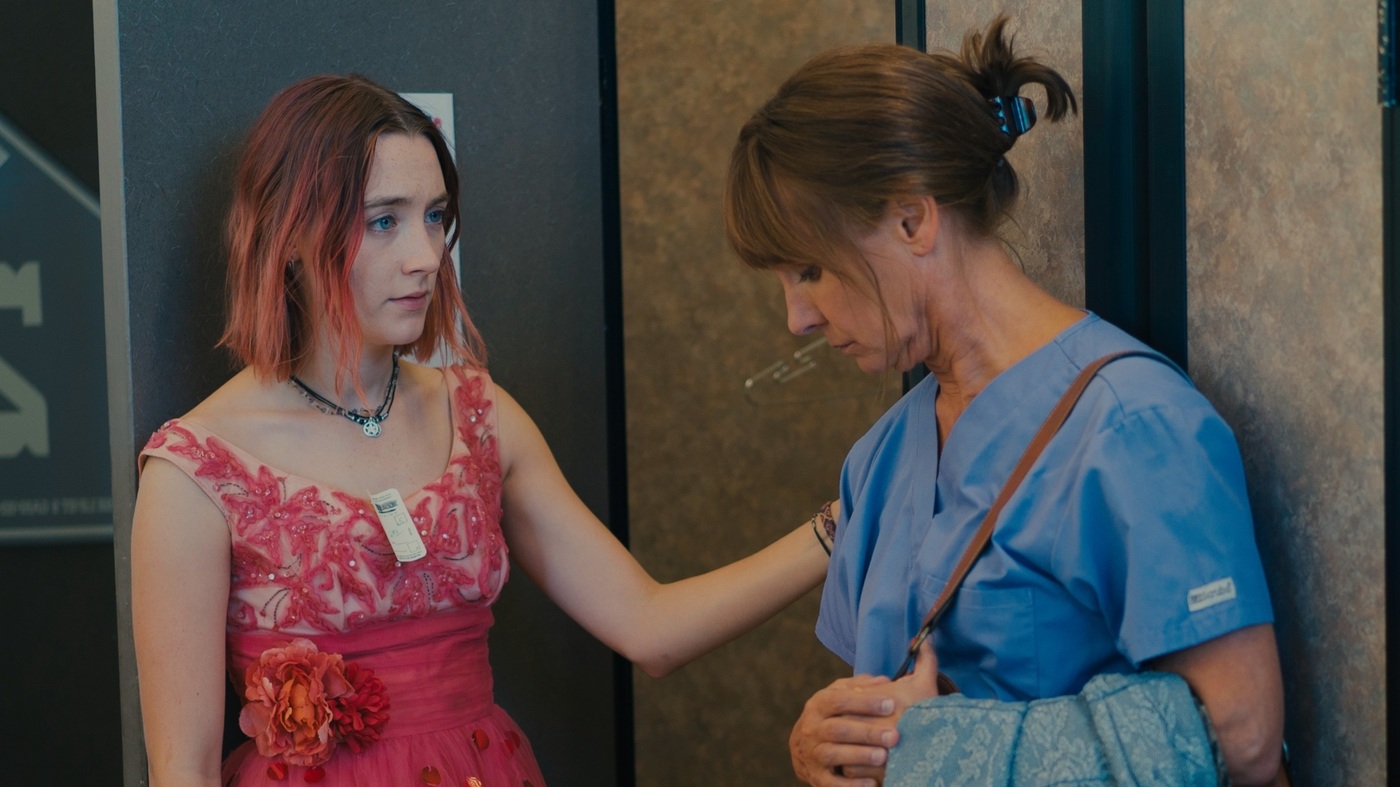 Lady Bird is not an unconventional or groundbreaking film in the general sense. But it is unconventional for the very fact that it delves into common tropes and well-treaded territory with new perspective. Instead of pandering to audiences, it relates. Instead of cheating us into feeling, Lady Bird is simply a window into our own experiences; A vignette illuminated by personal journeys, realistic impressions and the bittersweet contradictions of life. It can seem difficult to translate experiences like that on paper so take my actions over my words; I had tears welling up in my eyes for most of the film. And it wasn’t because I was sad. Well, sometimes. Sometimes it just spoke to me. But most of the time, I was happy. I was happy I saw myself on screen as I’m sure many of you would in some way or form.

Lady Bird’s unique and moving oasis of youth is a testament to Greta Gerwig’s sensibilities as a director. Known as an ‘indie queen’ for her many contributions to the indie and independent scene as an actor (Frances Ha, Mistress America, 20th Century Women, Maggie’s Plan), her directorial debut is a fantastic new step in her artistic journey. Balancing the weighty themes of religion and family and troubled teenagehood with a cheeky warmth and piercing realism, Lady Bird is a love-letter and a heartfelt chorus for the idiosyncratic tumult of youth in all its poignant beauty, grief and joy. Thank you Greta for making this film.

Rating: 10/10  As a teenager right now, Lady Bird is all about the feels. But even as the time of youth may have passed for you, this will take you back in more ways than one. What a film. I have never cried in movie for simply being real and beautiful until I saw Lady Bird.