(Spoilers ahead) I believe I’m ‘non-partisan’ when it comes to DC and Marvel. Because both of them are plagued by the pastiche of the mainstream superhero trope. They are characterized by cheesy dialogue, plot contrivance and dull characterization. The visual flamboyance of most superhero movies may wow on the surface but are honestly quick fixes for deeper narrative flaws. I realize that I’m sounding like a literary snob when criticizing superhero movies meant for fun mainstream indulgence. Yes, movies like Avengers Infinity War are not designed to appeal to some higher art or evoke some deep uncomfortable or challenging truths about our world. Indeed, Avengers or Justice League is not meant to be the radical, anti-heroic, neo-noir modern superhero film, Drive. But nobody’s asking for that. All we’re hoping for is something less forced, more emotionally resonant than what it is right now. Thanos, just like Ultron in Avengers:Age Of Ultron is a god-like figure hell-bent on grandiose (and totally unrelatable) ideals of (Universe) domination. Heroes, in turn, make decisions in a matter of a few seconds. Instead of taking more time to dwell on the impending and haunting danger that they face, every word they say is hard to believe. Thor’s dialogue seems way off; It’s as if they wanted him to preserve his regal style of speech, while also portraying some misplaced sense of humour while dealing with grief and pain from losing his loved ones.

Marvel’s sense of humour has given them a unique brand and identity. But this coy sense of wit and humour is hard for us to reconcile with especially if they’re trying to sell us the idea that apocalypse is approaching. I’m not saying that the film should be all doom and gloom. But there were just too many smart jokes and comebacks that essentially act as fillers for conversation that add almost nothing to me believing any of the ordeals and tribulations that the film was trying to convey. Light banter and grave moments shuffle between each other in a blink of a scene which, to me, feels very weird and unnatural.

I never really got into the whole god-complex all-encompassing villain that the Avengers have so often gone for. While it produces the flashiest scenes of explosive splendour, space-warping and earth-shattering clashes of ‘good’ and ‘evil’, I felt especially detached to these lofty, intangible and unrelatable ideas. But enough about what I didn’t like about the film. There were some moments which were pretty alright. I thought the strongest part of the film was its end. The disintegration of half of the population (including some heroes) was done quite beautifully and tragically. It is a long sequence of utter confusion and horror that is easily the most violent act of the whole film. It’s not the explosions or battle clashes that’s so powerful…it is the silence and finality of impending death and the dramatic disfigurement of a whole being into withering ash. There is no explanation; No resolution. And for those looking for closure, there is no salvation. Thanos lives with the consequences of his accrual of power; The rest of the Universe lives with his transgression. There is neither a promise of justice nor a path to certainty; Only the finality of reality. 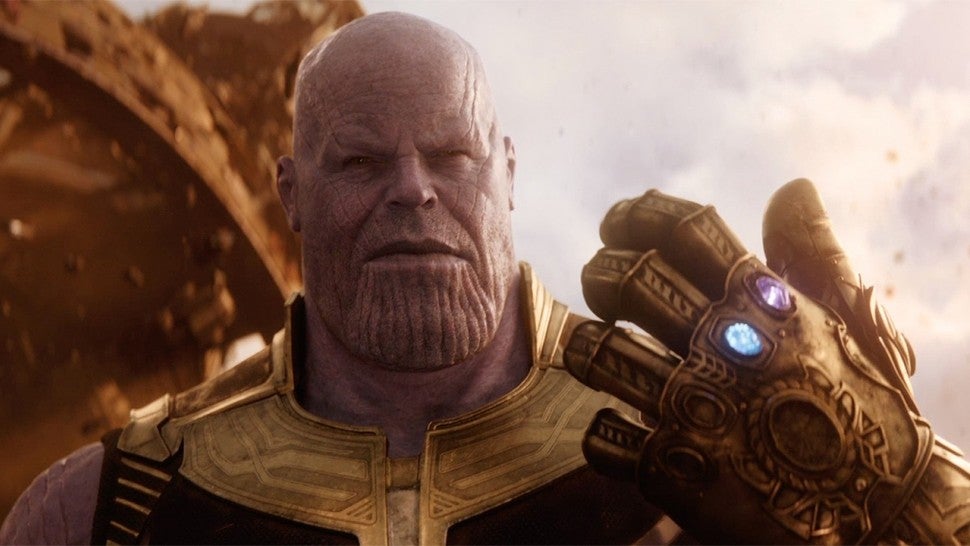 Of course, I’m getting ahead of myself here because Captain Marvel will come into the picture somehow, reverse time and save everyone so that the good guys can live to tell the tale again…like always. But imagine for a moment…that the Avengers timeline that we’ve been following on the big screen ends just like that. No loopholes. No eventual saviour. Just half the population (and heroes) gone. Now that’s bold.