Thoroughbreds is a tingling, chilling and extremely interesting film of great provocation and irony. Stunning visuals, sound design and terrific acting from Anya Taylor-Joy (The Witch) and Olivia Cooke (Me and Earl and the Dying Girl) make for a unique film. Taylor-Joy plays Lily who feels suffocated by the presence of her step-father and Cooke plays Amanda, a recently rekindled friend who is emotionless on the inside but is extremely attuned to the emotions of others. Between light banter and serious imagery, fast-paced teenage noir and more deliberate artistic sequences, Throughbreds combines a huge array of genres, styles and themes to serve up a truly singular film of teenage rage and repression. Beautifully, Thoroughbreds is non-judgemental in its portrayal. It is also very consequential. And while it has moments of teenage light-heartedness, the film is much darker and mature than you would expect. 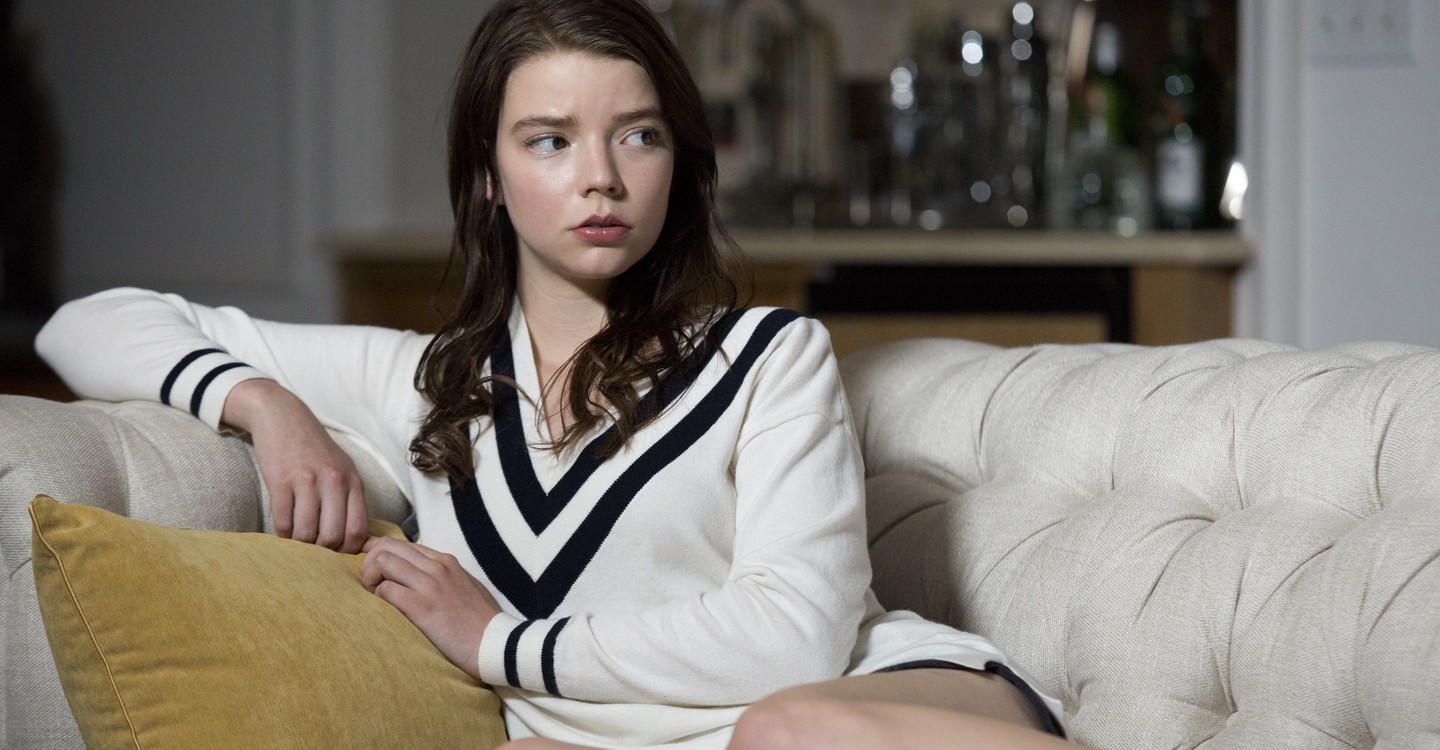 Thoroughbreds’ cranky and squeaking soundtrack combined with Birdman-like drum beats is a constant eerie presence that hits you at the start and never stops. Morbid subject matter of death and murder start becoming the bored musings and conversation between friends. Upstairs, a cold and distant stepfather is only concerned with his own designs. And a fateful rekindling of friendship sees Amanda, a naturally emotionless person, hatch a plan to free Lily from her bondage. There’s alot going on in this film and irony has a big part to play in the thematic, stylistic and literary context of the film. While I was certainly taken aback by the many unexpected twists and turns in the film, I am still unsure if the climax and the aftermath of the movie worked. Sure, artistic merit has to be given to the irony and subversion of expectations. But I’ve been thinking about it and I’m starting to lose sight of the significance of its irony.

At the end, a personality distortment occurs. I can’t say I am convinced by the change nor the build-up to the climax. It feels like irony and shock for the sake of shock and irony. What is consistent though are threads of real female empowerment, teenage angst in the modern world, the consequences of distant familial relationships and the destructive stress of oppressive parent-figures. I personally felt like Thoroughbreds tried to be too perfect in staging an ironic portrayal of modern life that it doesn’t say anything meaningul about the most interesting bedrock of the film; The eccentric friendship between Amanda and Lily. And while it misses on what essentially glues the film together, I still think Thoroughbreds is a haunting expose of the toxicity of relationships and the modern horror of emptiness and ennui in our lives.